WHY YOU NEED TO INVOLVE A LAWYER IN YOUR LAND TRANSACTIONS

WHY YOU NEED TO INVOLVE A LAWYER IN YOUR LAND TRANSACTIONS

It does not require a scholar study into the land transactions in Uganda to know the rot and fraud that litters the contentious industry. If you have been a party to a land transaction in Uganda or have kept a keen eye on the transactions of those close to you it will not come as a surprise that at one point the “deal” had almost gone sideways for one reason or the other. You will probably have heard of instances of people “buying air”, having duplicated land titles or having paid the money to a quack owner.

The reason such complexities arise is that the land disposal system in the country is broken or in a wheelchair at the very least. The loopholes existent in the system allow several unscrupulous characters, both working for the government and privately, to dispossess people of their legitimate titles and equally sell to innocent purchaser’s inexistent or “fake” land.

The above reasons highlight why all your transactions involving land and any other financial aspects should involve a lawyer or at least be reviewed by one. In this article, therefore, we shall try to explain the critical stages of a land transaction while stressing why a lawyer needs to be present in each.

This phase involves a site visit to the Land/Property, a land title Search in the Land Registry office, a meeting with the owner and negotiate prices and a survey to ascertain the actual size of the land. It is at this phase that fraud is very rampant and a lawyer most needed.

Your lawyer will carry out some due diligence on the land and the search he carries out will tell him who the true owner of the land is, who has the legal right to sell the land, the exact dimensions of the land in the records if the land is subject to dispute and the exact physical location of the land. It is usually advisable to take him on a site visit and have him sit through the negotiation process.

At this phase your lawyer should prevent you from buying inexistent land, making payments to a fraudster, being dealt land that is smaller in size than was agreed and that may be the subject of a local dispute. Most unlucky purchasers are conned at this stage.

At this stage your lawyer will prepare an agreement that has terms agreeable to both parties, usually, both lawyers for the purchaser and seller are involved in piecing together the final agreement. Although there are templates available online, it is advisable to have them reviewed by a lawyer so they are in line with local laws and provide sufficient protection to the parties. The lawyer will also advise on the consents to be obtained, some of which are to be gotten from the spouse, joint-owner, roads and wildlife authorities. Finally, the lawyer will also advise on additional documentation and government requirements to be met.

At this point, the land has already been sold and all that remains is a transfer of ownership. This stage involves the registration of the transfer, final payment and exchange of Completion Documents. This is typically done within 90 days and is usually a smooth process if both parties have been co-operative.

At this stage, you and the seller have signed the sale agreement and are awaiting full transfer of ownership and possession to pass on to the purchaser. In land transactions, the land title represents absolute ownership of the parcel of land, in this phase, therefore, the land title is altered and so is the government record in order to show the purchaser as the true owner of the land. The lawyer at this stage is making sure that all the documentation is proper and there is no more contention as regards the transaction.

Many people feel like retaining the services of a lawyer in any transaction is a luxury and adds financial burden, however they don’t seem to realise that the reason the government still requires their input in every transaction is because of the complexity of some of these processes.

You need to involve a lawyer because;

– Some transactions require a ton of technical documents to be prepared by a lawyer, lack of which a client runs the risk of missing out on key features of these documents

– Lawyers are trained to quickly look at legal documents and identify faults in a flash. Most of these faults or inconsistencies may not be apparent to a layman.

– Most documents involved like affidavits and professional undertakings are by order of the government, still solely left to lawyers to draft or sign.

– A minimal fee paid to a lawyer to oversee your transaction will save you from multiple financial losses that tend to arise as a result of the nature of the system.

– Lawyers are employed under a fiduciary relationship and can be sued if any losses occurred due to their own negligence. 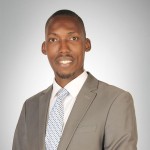